We’d like to take the opportunity to introduce you to one of our Honorable mention winners for our “Spirala Community Home” competition – Alberto Pabón Medina and Marina Sánchez Guzmán from Spain! This is the story of two passionate young people who met during their studies as architects at the University of Malaga.

During our years of learning, we worked as a team and discovered the same way of feeling that led both of us to study in our last year at the Polytechnic University of Valencia, where we decided to conclude our training for our master's in architecture.

After ending our studies, during a turbulent context such as the current global pandemic, we have managed to start our professional career from our hometown with great enthusiasm and never abandoning education to continue growing.

This is the story of two passionate young people who have the dream of meeting again and starting their own professional path, together.

In our academic career, we have had the opportunity to experiment with projects that range from the broadest scales, such as the city, to construction details. During our period at the University of Malaga, it is worth highlighting the projects related to the issue of migration and refugees, developing from a more urban perspective the reconstruction of postwar Syria, and from a closer perspective the reception of refugees in the port of Malaga; proposals that received awards, such as publications in national newspapers and a second prize in an international competition. During the period at the Polytechnic University of Valencia, the highlight would be the final master's projects – both proposals a response to the problem of reconciling city limits and orchards from the urban to the architectural project, being recognized with honors.

Architecture is the power to respond to a need in the search for it to generate well-being in those who inhabit it. Our way of understanding architecture is always born from its context and the relationship it generates with it, so that the place in which it is inserted takes on a new meaning and understanding through the architecture itself. In our practice, we focus on the relationship between man and nature, and how biophilia is capable of transforming the perception of space.

We think that the role of the architect in society is understood or simplified as the professional who projects and builds, however, in our eyes, born in a generation that feels the responsibility to meet the demands of our planet, we think that this role should mutate towards the agent who reflects on what is built, what is rehabilitated or deconstructed, and how or under what circumstances this happens. In other words, the architect, beyond building, projects by getting involved in each issue, supported by many other professionals. The role of the architect in society is by and for society, in harmony with nature.

Architecture competitions are opportunities that allow free expression that leads you to resolve a specific and usually uncommon conflict. They are the perfect medium to experiment and explore new limits, that is, to innovate and open your mind towards the architecture of which you would be really proud. For this reason, we participate in competitions in which we value our way of understanding architecture.

Our advice to those who hesitate about entering a contest would be to dare and lose the fear of failure. In contests you always win: experience, good times with the team, the satisfaction of a job that represents you and that could become part of your cover letter, in view of future jobs. At the end of the day, it is an adventure, and who wants to miss it? 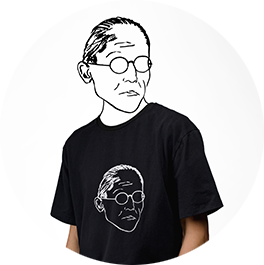